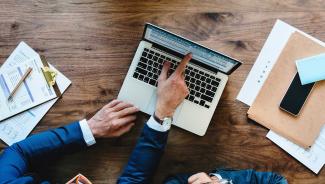 All Gain with no Pain? What You Need to Know About Indexed Annuities

The annuity industry must have studied the story of Goldilocks and the Three Bears because, after recognizing that investors weren’t very keen on low fixed yields or the vicious volatility of the stock market, they came up with a product, that for most people, would seem to be just right – Indexed Annuities. Often described as a blend of fixed and variable annuity, it really is an asset class unto itself. Essentially, it is a fixed annuity with its yield linked to a stock index, such as the S&P/TSX composite index. But there’s much more to an Indexed Annuity which makes it both extremely attractive and somewhat complex. We’ll try to boil it down to the clearest terms possible.

The Anatomy of an Indexed Annuity

In a nutshell, indexed annuities offer investors the opportunity to earn higher yields based on stock market performance with protection against market declines. In other words, you can participate in stock market gains without the pains of a loss of your principal. The real challenge is in understanding how they work. There are a lot of moving parts in indexed annuities churning like the gears of a clock to generate market-like returns with no risk.

Indexed annuities are more similar to fixed deferred annuities than variable annuities in that accumulation accounts are credited with a fixed rate of return for a one year period. The difference lies in the way the rate of return is determined. Whereas the yield in a fixed deferred annuity is based on the yield generated from a portfolio of bonds managed by a life insurer, the rate on indexed annuities is derived from the performance of a stock index such as the S&P/TSX composite index. Specifically, it is calculated as a percentage of the gain in the index. The actual percentage applied to the credit rate is based on the year-over-year gain in the index or on the average monthly gain over a 12 month period.

Most indexed annuity contracts include a yield or rate cap that can further limit the amount credited to the accumulation account. For example, a 7 percent rate cap would limit the credited yield to 7 percent no matter how big the stock index gain. Rate caps can range from a high of 15 percent to as low as 4 percent, and are subject to change.

Thus far, the life insurer appears to be taking without giving anything in return. Here’s why they do it: in years when the stock index declines, your account will be credited with a minimum rate of return. The portion of the returns that the insurer takes in positive years is used to offset its losses in the years when a minimum rate is applied. You give up some of the gain in order to protect your capital against losses. A typical minimum rate guarantee is about 2 percent. Some can be as low as 0 percent, and as high as 3 percent.

At specific time intervals, typically once a year or once every few years depending on the method used, the insurer will adjust the basis in your account upward to include the gain in value that occurred in that timeframe. That means, your principal, which is guaranteed by the insurer will never decline in value (unless you take a withdrawal from your account), and the amount guaranteed to your beneficiaries will only increase over time. There are several different methods used to adjust the basis, such as a year-over-year reset, or a point-to-point reset which incorporates two or more years’ worth of returns.

Getting to the Bottom Line of Indexed Annuities

The two big criticisms of indexed annuities is their perceived complexity and their limits on returns.

Indexed Annuity Returns versus Other Investments

Studies have found that most risk-adverse investors would be willing to give up some upside if they could limit their downside. Since their inception, the returns on indexed annuities have compared favourably with the returns on the stock market, and, in fact have outperformed other investments such as CDs, bonds, and mutual funds over the last decade without the downside risk.

“Indexed Annuity returns have been competitive with alternative portfolios of stocks and bonds and have limited downside risk associated with declining markets. And they also have achieved respectable returns in more robust equity markets.”

Juggling the Parts of an Indexed Annuity

That leaves their complexity as, perhaps, the only valid criticism; not so much in understanding the different components (we addressed those with the explanations above); but rather with wide range of ways they are structured and applied by the dozens of life insurers that offer the product. The participation rates, rate caps, and reset methods vary widely from one product to the next, and are principally used to derive a competitive advantage. For instance, a product with a 100 percent participation rate would seem to be more competitive than a product with a 70 percent participation rate. The first thing to consider is how long that initial participation rate is applied. Some products offer a high rate in the first year to lure investors and then promptly adjust them downward in subsequent years.

You get the picture- while an indexed annuity could be an ideal way to stabilize your investment portfolio and create more certainty for retirement income, the devil is in the details. It would be very important to carefully study the contract, and it is highly advisable to work with an independent financial professional or insurance broker (one who represents many different annuity providers, not just one), to help you in finding the product that best fits your particular situation.

*This content is developed from sources believed to be providing accurate information. The information provided is not written or intended as tax or legal advice and may not be relied on for purposes of avoiding any Federal tax penalties. Individuals are encouraged to seek advice from their own tax or legal counsel. Individuals involved in the estate planning process should work with an estate planning team, including their own personal legal or tax counsel. Neither the information presented nor any opinion expressed constitutes a representation by us of a specific investment or the purchase or sale of any securities. Asset allocation and diversification do not ensure a profit or protect against loss in declining markets. This material was developed and produced by Advisor Websites to provide information on a topic that may be of interest. Copyright 2014-2017 Advisor Websites.